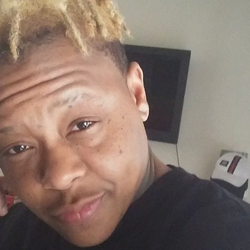 McDade, a Black trans-masculine person, was shot and killed by police on Wednesday, May 27, 2020.

As of May 30, Tallahasee PD had not released much information on the circumstances of the shooting, stating only that McDade was a suspect in a fatal stabbing and made threatnening moves while armed with a gun. An eyewitness contradicted this account, saying that the police officers made no move to de-escalate before shooting.

Currently, the name of the officer that killed McDade is unknown due to a Florida law which allows officers involved in shootings to be classified as victims in order to protect their privacy.  According to the police department, the officer who shot McDade has since been placed on paid administrative leave until a grand jury has reviewed the case.

On June 5th, the City of Tallahassee announced that it had pushed back its date for releasing the identity of the officer who shot and killed Tony McDade.

On July 24, 2020, a Leon County judge ruled that Marsy's Law did not apply to police officers "when acting in their official capacity" and ordered the City of Tallahassee to release the names of two officers involved in fatal Tony McDade shooting.

On July 30, 2020, the judge issued a stay in a legal battle over whether police officers in use-of-force cases should be granted confidentiality under Marsy's Law.

On August 21, 2020, the judge in the case denied the victim's attorney's request to release body camera footage in Tony McDade shooting

On Friday afternoon, September 4, 2020, the Grand Jury concluded that the officers who shot and killed Mychael Johnson, Tony McDade and Wilbon Woodard were all justified in their use of force.