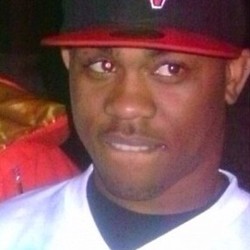 "... and when the suspect reached and grabbed toward his waistband, the deputy, believing that he was armed, fired at the suspect."

We've contacted Detective Francisco to see if the Sheriff's Department is sticking by that story. But according to Bryan Dunn, an attorney with the Cochran firm -- the same wrongful-death powerhouse that took on the infamous Reginald Doucet police slaying in Playa Vista last year -- Francis "hadn't committed any violent crime" before he was shot dead.

The sheriff's incriminating portrait of Francis and the "waistband" allegation are familiar tactics, says Dunn.

"What the police do under these types of circumstances is invent a scenario that will make an unjustified shooting seem justified," he says. (Indeed, CBS2 commenters seem to use the robbery allegation to argue that cops were just taking another thug off the streets.)

The attorney calls Friday's tragedy "another example of an officer shooting first and asking questions later." He says the victim's family will be filing a wrongful death lawsuit against the L.A. County Sheriff's Department, based on "civil-rights violations" and "negligent tactics."