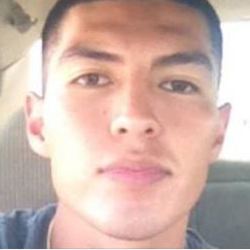 Mere hours after Todd Little Bull predicted he would be killed on what appears to be his Social Media page, the young Oglala Lakota was gunned down at or near his home north of Sharps Corner on the Pine Ridge Indian Reservation early Tuesday morning.

It was August 2, Little Bull’s 25th birthday. On a Facebook page that has since been shut down, Indigenous Life Movement shared screenshots of messages that Little Bull originally posted on his social media site around 2:07 a.m. mentioning threats against his life. Soon after his posts, Little Bull was dead. The dispute seemed to rise from potential allegations of fraud by Little Bull involving the conducting of tribal religious ceremonies.

Thus far, Oglala Sioux Tribal police have not released any information on Little Bull’s death or given any details about possible suspects in their ongoing investigation. The Federal Bureau of Investigation has become the lead investigator in the case, assisted by OST Public Safety. Earlier this week, FBI spokesman Jeff Van Nest said Little Bull died after being shot late Monday night or Tuesday morning.