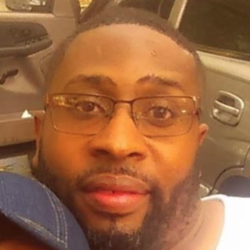 Officers in Tennessee fatally shot Toby Bailey who had barricaded himself inside a home and fired several shots in the residence early Wednesday.

The Tennessee Bureau of Investigation said it is investigating the death of Bailey, 38, in the Memphis suburb of Bartlett.

Officers went to a home Tuesday night on a domestic violence call when Bailey ran inside and threatened officers, the state police agency said in a news release.

Officers said Bailey raised a handgun toward police before at least two officers shot him, according to TBI. Bailey died on the scene. The officers' names and races have not been released.

A Rottweiler dog also was shot and killed by police during the incident.

Police, family members and a pastor tried to convince Bailey, who was black, to surrender, TBI said.

TBI will investigate the shooting and turn over its results to Shelby County District Attorney Amy Weirich. She will decide whether to pursue charges against the officers involved.