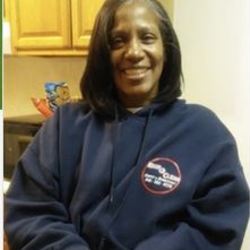 An autopsy is being done to determine the cause of a woman's death after police subdued her with a taser, and the arresting officers were placed on paid leave pending the outcome of the investigation, NAACP officials said Tuesday.

Tina Davis, 53, the mother of two children, died Sunday night at Good Samaritan Hospital in Suffern after police said she suffered an unknown medical episode the previous day. Officers attempted to detain Davis after responding to a call at 5:10 a.m. Saturday about a woman breaking car windows and found her chasing one of the 911 callers with a stick, police said.