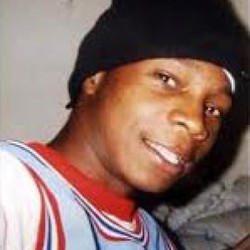 On Jan. 24, 2004, the teenager, Timothy Stansbury Jr., 19, was on the roof of the Louis Armstrong Houses in Bedford-Stuyvesant when he was killed by Officer Neri, who had been patrolling the rooftop. Commissioner Kelly said at the time that the shooting did not appear to be justified. Officer Neri has said that he accidentally fired his gun.

“He should spend the rest of his life in jail,” she said, adding, “That man killed my grandchild.”

Initially, a judge at a departmental trial concluded that Officer Neri should retain his gun and lose 30 vacation days for the fatal shooting.