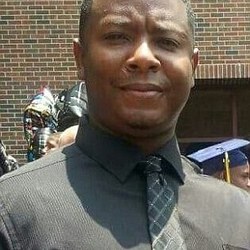 Authorities in central Louisiana have fatally shot 40 year old Timothy R. Albert after a four-hour hostage standoff with police at a home. St. Landry Parish Sheriff Bobby Guidroz tells news outlets that Albert died from two gunshot wounds after police entered the home near Port Barre on Wednesday afternoon. Authorities say Albert was armed and had barricaded himself inside the home, where he was holding his girlfriend hostage. Guidroz says Albert pointed a high-powered rifle at officers when they entered. Shots were fired and Albert was hit. He was taken to a hospital, where he died.