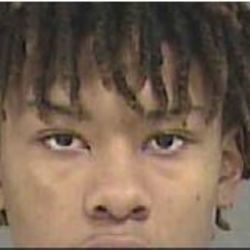 Questions remain over what happened during a SWAT situation that ended when police  say the suspect killed himself Tuesday in northwest Charlotte.

Timothy Davis, 18, was found dead of a gunshot wound inside a home on Sparrow Valley Way after barricading himself inside where police say they were trying to serve warrants.

Charlotte-Mecklenburg police  say they found Davis dead from a self-inflicted gun shot, but neighbors say they never head a gun go off.

One community activist is working with police to keep the dialogue open between the community and the police department.

Greg Jackson had already planned to meet with police about community meetings before Tuesday's stand off.

"The transparency workshops are the citizens academy in one day. You get to learn everything about CMPD," Jackson said.

Now the topic of 18-year-old Timothy Davis is causing some heated conversation on social media. Neighbors say they don't believe police are telling the truth.

"We have to be able to control some emotions sometimes. It's hard to do in the now to give you everything you want to know," said Jackson. "it's only been a day. So now everything is going to come out. We can get stuff like the time of death and the autopsy. Let his mother get some type of peace. She just lost her son."