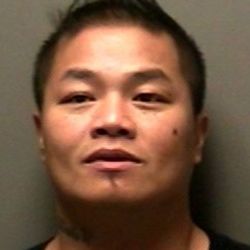 Four detectives were attempting to serve the warrant for statutory rape and arrest 40 year old Thongsavanh Vandarack at a residence in the 200 block of Grand View Drive north of Lenoir City when he was killed.

Due to his violent history, two of the Loudon County detectives serving the 3:30 p.m. warrant took positions outside the home to prevent any flight attempt, while the other two were let inside by Vandarack's girlfriend, Johnson said.

When his girlfriend called him into the front room where detectives were waiting, Vandarack came from the kitchen with both hands in his pockets, Johnson said.

When ordered to show his hands, Vandarack produced what appeared to be a handgun, and both detectives opened fire, striking Vandarack multiple times, Johnson said.

Vandarack was taken by helicopter to the University of Tennessee Medical Center. He either died en route or at the hospital, Johnson said.