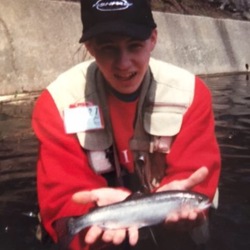 Western Nevada officials have agreed to pay $100,000 to settle a wrongful death lawsuit filed by the family of a frequent Reno gambler who died in county jail in 2015.

Washoe County commissioners approved the settlement Tuesday for the suit filed after Thomas Purdy’s death in a jail cell, the Reno Gazette-Journal reported .

Purdy had asked for help from the  Peppermill casino security guards instead they called Reno police officers who hog tied and  arrested him on trespassing charges in 2015. He had stopped breathing after pleading with deputies that he needed and ambulance, couldn't breathe, and that they were going to kill him. The deputies put Purdy face down still hog tied and 4 deputies put their knee and full body weight on Purdy. Purdy had been hog tied for 40+ minutes.

Purdy, who was a regular at the Reno casino, had been asked to leave the property following erratic behavior, authorities said.

The father of Thomas Purdy, who has the same name, settled earlier this year with the Peppermill casino for $50,000 and the city of Reno for $25,000. He claimed authorities used excessive force when restraining Purdy and showed deliberate indifference to his medical needs. Purdy had complained that he couldn’t breathe when his hands were tied behind his back and attached with a strap to his ankles AKA hog tied.

In a written statement to the county commission, Purdy’s sister Annemarie Grant said she hopes the county will prevent future deaths by funding better training for deputies and better medical care at the jail.

“I know every waking hour I see my brother pleading for his life,” Grant said. “I see and hear him pleading for the deputies and medical staff to call an ambulance. Instead they smothered him to death.”

An investigation by Sparks police found no criminal wrongdoing by authorities.

An autopsy found Purdy had methamphetamine in his system during the encounter. The Washoe County Medical Examiner ruled his death a homicide by “complications of excited delirium,” a condition where a person suddenly dies following extreme agitation and exertion brought on by a mental illness or illicit drug use.