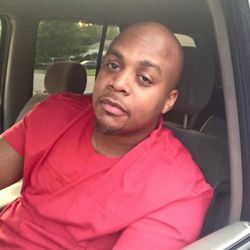 A suburban St. Louis police officer gunned down a man driving a car at high speed after the man allegedly tried to flee the scene of a traffic stop Saturday. Thomas Allen Jr., 34, was originally a backseat passenger in the car when a Wellston cop pulled over the vehicle just after 10 a.m. Saturday, police said. But as the officer spoke with the unidentified driver near the intersection of Morton and Page in Wellston, a city 10 miles northwest of St. Louis within St. Louis County, Allen clambered over the seat and took off, according to cops. The unidentified officer ditched the interview and jumped into the passenger’s side of the car, where a struggle ensued as the vehicle picked up speed, the St. Louis County Police Department said in a statement. That’s when the officer, “in fear for his life,” purportedly unloaded three shots, mortally wounding Allen, who was hospitalized but died early Sunday.