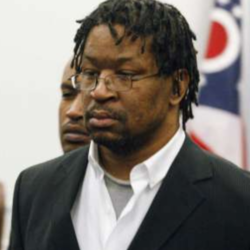 Phoenix police have identified a man shot to death by an officer as he restrained a woman while holding a knife to her neck as 43-year-old Thomas Aikens.

Officer were called to the area because a man was yelling and found Aikens sitting with his back to a garage in an alley and holding the 57-year-old woman. The officers tried to get him to let the woman go, but he refused and said he was sitting on a bomb.

After the shooting, officers found Aiken had wrapped a chain around the woman to keep her from fleeing. She wasn't hurt.