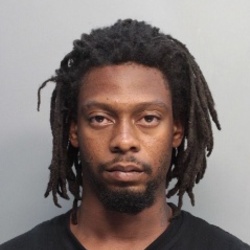 The Florida Department of Law Enforcement is investigating a police-involved shooting in Miami-Dade that ended with a 22-year-old man dead. Tevon Barkley was shot and killed by officers following a confrontation Wednesday night in the 800 block of Northwest 75th Street, Miami-Dade Police said. Two FDLE agents visited the scene Thursday, using rakes to look for clues. According to police, three officers who were on routine patrol on bicycles were dispatched to the area in response to a call of shots fired. When the officers arrived, they got into a confrontation with Barkley, who was shot and killed. Police said they recovered a firearm, a Cobray M-11, which they describe as an assault weapon.