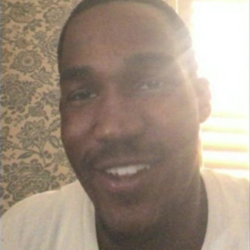 23-year-old Terry Tillman was shot and killed by police in St. Louis County after a foot chase that started in the Saint Louis Galleria.

Here is what we know so far about what happened,

The man killed in the shooting has been identified as Terry Tillman.

Granda said a security guard at the Galleria was notified a man inside the mall was ‘potentially armed’ and then he told a uniformed Richmond Heights police officer. The officer then tried to contact Tillman, but he ran. The foot pursuit ended at Simmons Bank and that’s when an officer shot Tillman. The officer who fired his gun is 50 years old with 23 years of experience, Granda said.

Granda did not know how many shots were fired. He did not know if Tillman pulled out his weapon or if he fired any shots.

“It’s premature to answer that, but those are great questions,” Granda said.

A weapon was recovered from the scene.

5 On Your Side has reached out to officials every day since the shooting.

An employee who works at Build-A-Bear Workshop said the mall didn’t tell them. She said she found out there was a shooting afterward, when a relative of another employee called the store to ask if everyone was OK.

A vigil was held for Tillman outside of Simmons Bank on Sept. 1