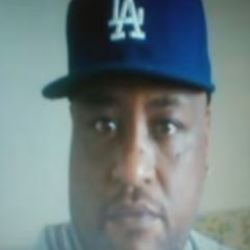 Terry Laffitte, a 49-year-old black man, was fatally wounded by a sheriff’s deputy  Saturday, May 18 in the 6100 block of Miramonte Boulevard in South Los Angeles, according to Los Angeles County coroner’s records.

About 9:10 p.m., deputies say they saw a man riding a bicycle without headlights or tail lights who appeared to be intoxicated. When they tried to stop him, the man continued to ride to a home on Miramonte Boulevard and headed to the back, according to the Los Angeles County Sheriff’s Department news release.

Two deputies followed Laffitte and confronted him. Laffitte punched one of the deputies and both  he and the deputy fell to the ground. While the two stuggled, Laffitte’s family rushed out and joined in, punching and yelling at deputies, according to the release.