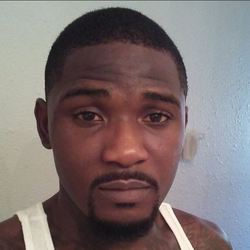 A man killed with a single shot by a SWAT team sniper early Wednesday morning was a 25-year-old with an extensive criminal record who was high on flakka and told police he was prepared to die in a shootout, the Jacksonville Sheriff's Office said.

Police said Terry Campbell barricaded himself inside an apartment on Mindanao Drive in the Sandalwood neighborhood. Police said he lived there with his mother and brother, and the incident started Tuesday evening when Campbell threatened his 20-year-old brother with a handgun.

At a news conference Wednesday afternoon, JSO Director Ron Lendvay said Campbell's mother put him and his brother in her car and drove them to Regency Square, where she dropped Campbell off. He called a cab and asked to be takehim n back home. Police said he did not threaten the driver, but did remark that he could not go back to jail.

Campbell continued to be agitated and aggressive, telling officers he was willing to die. was prepared to die in a shootout with them. When SWAT Officer Robert Nauss IV saw Campbell in a window raising his gun toward an officer, he fired one shot, hitting Campbell in the upper torso.

Other officers forced their way in the barricaded apartment and found Campbell dead. They found a .32-caliber handgun nearby. They also found four spent shell casings and two bullets in the wall near the front door.

Campbell was a convicted felon and was due in court Thursday in a domestic violence case involving his brother's girlfriend. Campbell has previous arrests for battery, drugs and criminal mischief. He spent 10 months in prison in 2013-14 on a conviction on drugs and weapons charges. The Florida Department of Corrections website said that one of Campbell's tattoos reads: "Only God can judge me."

Nauss is a 16-year veteran of the JSO. This was his second officer-involved shooting.