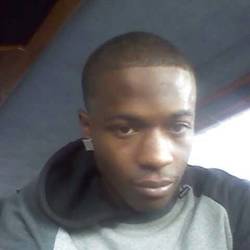 The father of a Detroit man says his son was unarmed when he was gunned down in his home in the middle of the day. Police initially said that the 20-year-old fugitive had a hammer in his hand and charged the federal agent who fired the fatal shots. Investigators are trying to determine what happened Monday when a joint task force executed an arrest warrant for Terrance Kellom, a habitual offender who had fled while on probation.

An independent investigation into the April shooting by a federal agent in Detroit is expected to be completed before the end of August 2015, according to the Wayne County Prosecutor's Office.

On August 19, 2015, the prosecutor ruled that the officer was justified in killing Kellom. On Monday April 8, 2019, civil rights leaders held a press conference on the steps of the federal courthouse in Detroit asking for the reopening of the Terrance Kellum death investigation after one of the officers at the scene who previously said the man was holding a hammer, changed his story under oath..