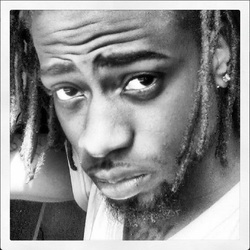 Family and friends of the man who was shot and killed during an altercation with two Minneapolis police officers say they want answers about what happened.

Two officers were shot after they confronted Franklin in a home in the Uptown neighborhood of Minneapolis. Police have said Franklin tried to grab an officer's gun during a struggle. Investigators are still trying to determine who fired the shots that struck the officers and killed Franklin.

One of the injured officers is now resting at home and the other is improving, Chief Janee Harteau said.

"He was 22 and he [had] changed his life around," said Ashley Martin, the mother of Franklin's 4-year-old son, Nehemiah. "He was just trying to take care of his son. He was working at one point and was in college. He wasn't a bad person, and he was loved by so many. He had so many friends and family."

Martin says Franklin's family is trying to get police to release his body so they can hold a funeral. Police spokeswoman Cyndi Barrington said the Hennepin County Medical Examiner determines when to release Franklin's body.

Martin said the initial explanation police have given about the incident doesn't seem plausible.

"My son doesn't have a dad anymore. I don't really know how to explain it to him, but that's the part that hurts the most — that he doesn't have a dad," she said. "I just want justice for [Franklin], and my son, at least."

The parents of a man shot and killed by Minneapolis police earlier this year said Tuesday that they can hear their son pleading with officers to let him go on video shot by a bystander.

The video — taken from across the street as officers converged on a house in the Uptown neighborhood where Terrance Franklin, 22, was hiding — includes an audio track that at times is difficult to discern. Parents Walter Franklin and Sheila O’Neal said they clearly hear their son’s voice above the din.