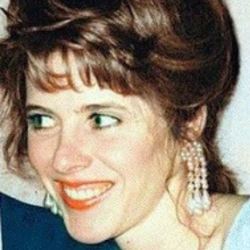 Denver car dealer Justyn Rosen had gotten a restraining order against a former employee the day before she shot and killed him. Rosen, 79, obtained the temporary order against Teresa Perez on Thursday morning, alleging abuse of the elderly and stalking, Rosen family attorney Craig Silverman said.

Sheriff's deputies attempted to serve Perez with the order Thursday and Friday but could not find her, Silverman said. A court hearing to make the restraining order permanent had been scheduled for Oct. 16.

"It's a tragedy," Silverman said. "He was such a gentle soul. It's a real anomaly that someone so peaceful and gentle would die like this."

Rosen was gunned down Friday evening after he was taken at gunpoint from his east Denver home, where Perez left her rental car running, Silverman said. Police found a letter penned by Perez, believed to be a suicide note. Perez, 40, had forced Rosen to drive his Ford SUV near the 2200 block of Colorado Boulevard, just west of the Denver Police Gang Unit building in City Park. There, Rosen managed to get out of the vehicle and was trying to flag down a police officer for help when he was shot. Officers then opened fire and killed Perez. One officer, Randy Yoder, was caught in the gunfire. He was grazed by a bullet and was treated at Denver Health Medical Center and released. Perez had worked for Rosen at his auto business, but there are conflicting stories about their relationship. Rosen's friends and family said the two were friends, but denied there was an affair. Friends of the woman, however, told 9News the two were having an affair.