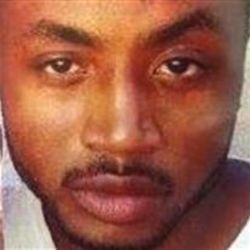 Grand Crossing District officers responded to a call of a man threatening suicide in that area and found Terrence Gilbert sitting on a porch, according to police and the Cook County medical examiner's office.

Once police officers pulled up and exited their vehicle, Gilbert charged at a police officer with a knife, stabbing him twice in his vest, according to the audio of Chicago police Deputy Chief Berscott Ruiz’s statement at the scene.