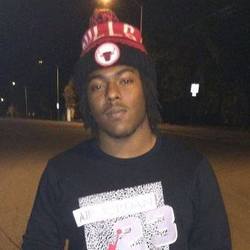 An Oklahoma cop’s body camera captured graphic footage of a fatal police shooting outside a Muskogee church. Officer Chansey McMillin shot and killed Terence D. Walker on Saturday after the armed 21-year-old suspect ran from police who were responding to a domestic complaint. The footage showed McMillin — one of between 50 and 60 officers Muskogee officers with a body camera — begin to pat down Walker in front of the Old Agency Baptist Church. When the cop found Walker’s gun, the suspect ran, police said. The unedited video, released Friday, captured the shooting and its aftermath: a shaken McMillian broke down and a witness claimed the cop did “everything right.”