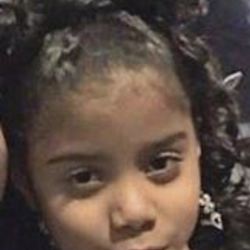 Selvin Manuel Lima was allegedly fleeing police when he struck the car carrying Silva and her relatives at 191 Parker St. in Lawrence on Saturday night, officials said.

Lima, 23, is scheduled to be arraigned at 2 p.m. from his bed at Brigham & Women’s Hospital in Boston. He is charged with manslaughter, motor vehicle homicide by reckless operation, four counts of assault and battery with a dangerous weapon causing serious bodily injury, speeding, and other driving offenses.

A Lawrence police officer stopped a white 2009 Infiniti G37, allegedly driven by Lima, at the intersection of South Union Street and Winthrop Avenue for speeding and erratic driving around 5:30 p.m. Saturday, authorities said.

When the officer approached the car, Lima drove off at a high rate of speed, Blodget’s office said.

Investigators said Lima turned onto Winthrop Avenue, which is Route 114. As he approached the intersection of Andover Street, he lost control of his car.

Lima’s car crossed over to the southbound side and struck a black 2016 Honda Civic head-on, carrying Silva and her family, officials said.