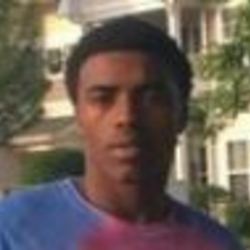 Osbourne, and others, acknowledged perhaps TJ had been lead down the wrong path, but they know if you needed proof he meant something to someone, the size of Thursday's crowd proved that point.

"He never judged nobody," a female said who was introduced as Osbourne's sister. "Every time he was with somebody, he treated them the way they're supposed to be treated; like family."

Columbus Police identified the officer involved as 13-year veteran Sgt. Lee Hurst. Police say he was on patrol on his division issued bicycle when the shooting happened. While the investigation continues, Osbourne says blame isn't important. What is, she says, how people choose to move forward.

According to police, officers did recover a gun at the scene.