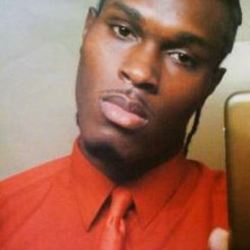 The family of Tamon Robinson, who was killed two years ago by a patrol car at a housing project in Canarsie, Brooklyn, has reached a $2 million wrongful-death settlement with New York City.

The 27-year-old coffee barista died in April after being struck by an NYPD squad car that began chasing him as he swiped paver stones in the predawn light at his Brooklyn housing project.

Now his mom’s being chased anew, hounded by a collection agency hired by the city with a cruel final demand, the Daily News has learned.

The city has ordered her to pay the $710 cost of repairing the police car that killed her boy.