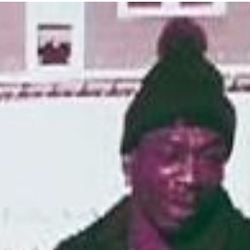 Authorities on Wednesday identified the person killed in a police shooting as a 23-year-old Irvington man, and said he shot a 16-year-old boy during the incident.

Talif Scudder was fatally shot Tuesday by Newark police who were responding to a report of shots fired, Essex County Acting Prosecutor Carolyn A. Murray said in a news release. Scudder shot a 16-year-old boy who remained in critical but stable condition in a hospital Wednesday, the prosecutor said.

Murray did not identify the police officer or officers involved in the shooting and did not say how many shots were fired or provide other details of the shooting.

The shooting took place at 4:30 p.m. in the area of of Spencer Street and Lindsley Avenue, Murray said. Scudder was pronounced dead at the scene at 5 p.m., she said, while the 16-year-old was transported to University Hospital.

Murray said that police responded quickly because they were in the area investigating the unrelated shooting of another person, identified only as a "female," on 18th Avenue between West End Avenue and Alexander Street. The prosecutor did not provide information about the other shooting, including the condition of the victim or whether any arrests were made.