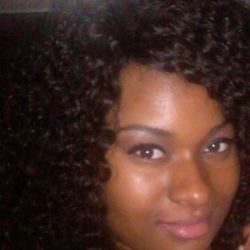 According to her family, 22 year old Symone Nicole Marshall was in a brutal car accident on April 26 in which her car flipped over several times before landing in a ditch. Instead of being taken to the hospital, though, she was taken to the Walker County Jail in Huntsville, Texas where she died two weeks later. Police and jail officials declined to comment or release information about her death.

"When I talked to her from jail, she complained that her head was hurting and she kept blacking out," said her sister.

"I called the jail several times and requested for them to take her to a real hospital and they wouldn't do so. If they would have this, her death could have been prevented and my sister would still be here. My heart hurts so bad. She was my best friend. I am so angry that they did this to her."

Police and jail officials declined to comment or release information about the accident to the Daily News. Marshall's family also said they have not been able to get information from officials.

On May 11, McRae says Marshall had been up and around and had eaten early in the day, although she had said she wasn't hungry around lunch time. The sheriff says that day alone, Marshall had made 22 phone calls from jail, with three of them being completed.

McRae says Marshall laid down on a bunk and later began convulsing. He says inmates saw it and hit an alarm, which brought jail staff. Marshall was reportedly taken to nurses, and EMTs eventually arrived to transport Marshall to a hospital, where she later died.

McRae says video systems in the jail captured the entire situation, but that video is not being released. Texas Rangers are currently investigating, something McRae says his office asked for following the death.

May 2016 Police refute allegations of negligence

May 2016 Petition Color of Change in the following terms:

The below letter will be delivered to Vanita Gupta on your behalf:

I am writing to demand that you respond to the families of Black women, girls and trans women who are calling for an open investigation for their loved ones who were murdered by police or died while in custody.

There are currently no federal investigations open for any Black women, girls or trans women who were killed by the state. The Department of Justice needs to value all Black lives, including girls, women and trans women like Gynnya McMillen, Sandra Bland, Wakiesha Wilson, and Symone Marshall.

As the United States Assistant Attorney General for the Civil Rights Division you have the power and responsibility to ensure justice all people and stop neglecting Black people -including Black girls, women and trans women.