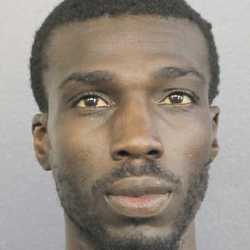 FHP identified the man late Wednesday as Steve Gilbert of Pompano Beach. FHP did not disclose the name of the trooper who shot him. The trooper is on nondisciplinary administrative leave while the Florida Department of Law Enforcement investigates the incident.

Authorities say Gilbert fired upon troopers after crashing his vehicle near Southwest 11th Street, just east of I-95 off Atlantic Avenue. He died when the trooper returned fire, the agency said.