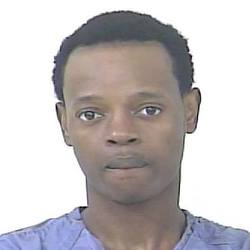 Steve Dormil, 27, was shot and killed Thursday November 19, 2015 by police officers, who were trying to stop him from hurting a 6-year-old girl, said police and St. Lucie County sheriff’s officials. Four police officers went to a house in the 1000 block of South 27th Circle, near Okeechobee Road and South 25th Street, about 9 p.m. in response to a domestic disturbance complaint, said police spokesman Officer E.J. Diaz. Authorities would not confirm who placed the call. Officers found a 6-year-old girl with a man on top of her, Diaz said. The man was causing her great bodily harm, added sheriff’s officials. The relationship between the two is unknown. Officers gave the man a command and he didn’t reply, said sheriff’s officials. All four officers then shot the man to make him stop, Diaz said. It is also unknown how many times he was shot.