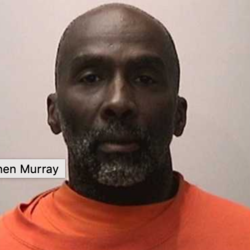 Stanislaus County sheriff's deputies were investigating a kidnapping and false imprisonment incident when they located the suspect, Stephen Murray, 52, near Vine and Madison streets at 10:05 p.m.

The sheriff's office obtained a Ramey warrant for Murray's arrest and spotted him with the victim -- a woman known to Murray -- in the case. When deputies tried to arrest him, Murray took the woman hostage with a firearm, police said. It turns out the firearm held was a replica.

Murray was shot by authorities and died at the scene, police said.

“The suspect did have what appeared to be a weapon to the deputies on scene,” police Sgt. Kalani Souza said. “That weapon was recovered and it was discovered to be a replica firearm."