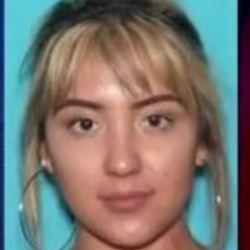 The bullet that struck and killed Stephanie Quiroz, 21, came from the gun of a deputy U.S. Marshal according to the Sheriff’s Office.

On March 5, 2019, during the search for Gavino Castro who was wanted for several warrants and violation of his parole. The taskforce comprised of California Department of Corrections and Rehabilitations Parole Agents and deputy U.S. marshals attempted to stop the car containing Gavino.

That is when the officer involved shooting occurred.

Just minutes later the car was involved in a multiple car accident at East Brundage Lane and Oswell Street.

When officers arrived, Rolando had left the scene on foot and Quiroz was found dead in the front passenger seat. The coroner determined Quiroz was shot during the officer involved shooting.