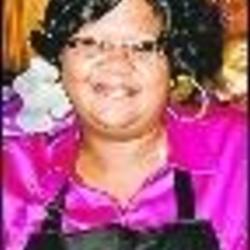 A Louisville mother and day care worker is killed in a deadly crash and Louisville Metro Police said it happened because a man ran a stop sign as he was fleeing officers.

Friends of Stephanie Melson, 31, said her last words were,"Hold the fort down while I go get some lunch."

Melson was just leaving the daycare where she worked, when her life abruptly ended.

"She was going to lunch," said Doris Dawson, a friend and co-worker at Trinity House Daycare in Louisville. The workers shed tears and consoled each other after finding out their friend and an employee at the daycare for years, had just been killed in a car crash by a man running from police.

"I tell you, all these people out here doing what they do and it happened to her?" Dawson cried, "She didn't do nothing!"

Police said the fleeing driver ran the stop sign at 39th and Kentucky Streets, hitting Melson's red Pontiac, killing her. Officers then blocked the driver of the truck with their cruiser.

Melson also lived in the neighborhood.

WAVE 3 News got the chance to meet Melson during an interview about a mother who had just lost her son. Melson leaves behind three children.