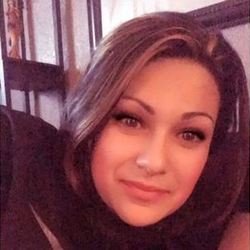 Police shot and killed one woman and injured a second woman following a carjacking and high-speed chase that traversed Littleton, Englewood and Denver before police stopped the alleged robbers.

No officers were struck by bullets in the early Friday morning shootout. One woman was pronounced dead at the scene and the other was taken to a hospital where she is in critical condition, said Cmdr. Barb Archer of the Denver Police Department’s major crimes division. The women’s names and ages have not been released.

Earlier reports indicated the women fired shots at police officers, but during a late-morning news conference, Archer said she could not confirm that.

Archer also said she could not say how many officers fired shots nor whether the officers who fired their weapons were from Littleton or Englewood. Denver police had not arrived at the scene when shots were fired, she said.

“The crime scene is very active,” Putnam said. “We’re investigating this as an aggravated motor vehicle theft and shooting.”

The Littleton officers twice tried to stop the suspect vehicle by intentionally hitting it, but the driver did not lose control and kept going, Archer said.

On the officers’ third attempt to bump the suspect car, it crashed near Louisiana Avenue and Bannock Street, which is about 6.5 miles from where the chase began, Putnam said.

“The car comes to a stop,” Archer said. “The officers fired their weapons.”

When asked if the suspects shot at officers, Archer said, “I can’t answer that.”

Investigators were executing a search warrant on the suspect vehicle, and interviews are still being conducted, Archer said at the news conference.

“We’re still fresh in the investigation,” she said.