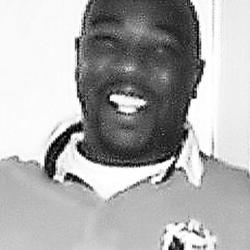 Authorities today released the name of a man fatally shot by Homewood police during a drug search warrant late last week. The Jefferson County Coroner's Office identified the man as Stanley Lamar Grant. Grant was 38. The shooting happened at 6:15 a.m. Friday at the Towncrest apartment building in the 2200 block of Green Springs Highway. The apartment is in the Birmingham city limits, but the Homewood Police Department's tactical team was carrying out a search warrant in one of the units. Homewood police spokesman Sgt. Andrew Didcoct said Friday officers entered the apartment, and a man inside immediately fired at them with handgun. Officers returned fire, hitting him. Grant was taken to UAB Hospital where he was pronounced dead at 6:54 a.m. A second man who was inside the apartment was taken into police custody. Didcoct said today they charged him with first-degree unlawful possession of marijuana. He has since been released pending further investigation. His name has not been released.