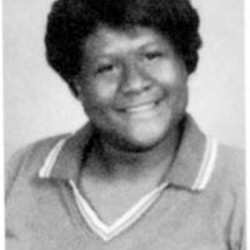 The short unhappy life of Sophia Chante King came to a sudden end a little after 8:45 on the morning of June 11, when a police officer's bullet entered her left armpit, punctured her left lung, and tore through the upper right chamber of her heart. She died where she fell, on the grass behind her apartment at the Rosewood Courts housing project, where she was known and feared by residents and employees alike. Mother of two, frequent flyer in both the criminal justice and mental health systems, predator and prey, she was just 23 years old.