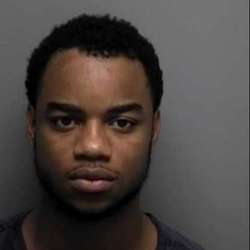 One person was shot to death and a Florida Highway Patrol trooper was wounded after a traffic stop and an exchange of gunfire in Palatka early Saturday morning. The trooper, Lawrence Andrew Litzell, is in stable condition at UF Health Shands Hospital, according to FHP. Dead is Somourian Jamal Wingo, 24, of Palatka. FHP reported that Litzell was shot on Reid Street in Palatka. The trooper was attempting to stop Wingo and another man at about 12:45 a.m. when a foot chase began. Litzell was shot about 100 yards from where he had pulled over a maroon Mercury Grand Marquis in a parking lot near a park just off the St. Johns River near downtown Palatka. FHP Sgt. Dylan Bryan reported that Litzell was shot in the face but managed to return fire, killing Wingo. Litzell was taken by helicopter to Shands.