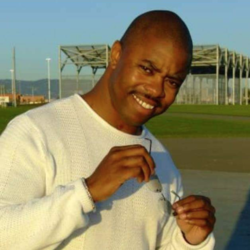 Tampa Police shot and killed Sidney Richardson who they say was threatening a relative with a machete.

Tampa Police say officers were called to the address around 7:00 p.m. Saturday.

He was working his barber job when Richardson called at 6:43 p.m.

Walton and local activists want a federal investigation into the shooting. They suspect Richardson, 48, was having some sort of mental health breakdown in the moments leading up to the shooting.

One of the officers used his Taser to try to subdue Richardson but the stun gun was not effective, police said. At that point, Hernandez opened fire, hitting Richardson at least once.

"He was getting care and going to his appointments," a friend said. "He was on top of everything but he was still suffering from deep depression."

Richardson also thought the government "was out to get him," Walton said. He was sure he was being monitored and urged the management at his Brandon apartment complex to remove the cameras and microphones he believed had been installed there. He rarely left his apartment, Walton said.

On Friday, Richardson sent Walton a text saying he needed help. Walton said Richardson seemed okay when the two men spoke by phone Saturday morning the day he was killed.