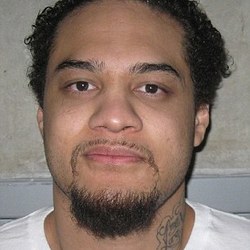 The marshal fired after Angilau rushed the witness stand with a pen at his trial in Salt Lake City, authorities said. Angilau was hospitalized with at least one chest wound, FBI spokesman Mark Dressen said, and later died. The witness wasn't hurt.

Angilau was one of 17 people named in a 29-count racketeering indictment filed in 2008 accusing gang members of conspiracy, assault, robbery and weapons offenses.

The unidentified witness, who was unhurt, had been testifying about gang initiation when Angilau charged him, said Perry Cardwell, who was in the courtroom. Cardwell was there to support his mother, Sandra Keyser, who was punched in the face during a holdup in 2002.

The parents of Siale Angilau filed a lawsuit on September 22, 2016 against the United States government and the woman who fired the fatal shots.