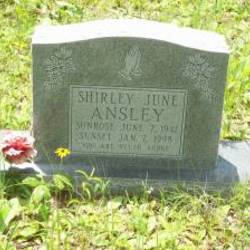 The Baptist Ministers Conference, which has about 160 ministers from Jacksonville-area churches, said the shooting was unnecessary and that Shirley June Ansley should be alive.

Depending on the results of State Attorney's Office and Sheriff's Office investigations into the shooting Wednesday, ''we'll call on the U.S. Justice Department if necessary'' to determine whether the shooting was justified, said the Rev. Frederick Newbill, president of the group.

''We believe this officer should be removed from the Jacksonville police department,'' said Newbill, joined by about a dozen other ministers at a news conference in front of his church, First Timothy Baptist Church on the Northside.

Sheriff Nat Glover and Sgt. David Stevens, president of the Fraternal Order of Police, said yesterday the ministers' call to fire Officer Terry E. Shirley is premature and unfair since the investigations are incomplete.

''It's unfortunate that any organization is calling for the firing of an officer before that officer has had a right to due process,'' Glover said.

Stevens also said the ministers should wait until the investigations are complete before ''convicting someone in the media.''

Before the shooting, Ansley, a 56-year-old security guard who did not have a firearm, led police on a chase and ran her van into one of the officers and two cars after being blocked in a parking lot on Baymeadows Way, police said. Officers also had been called to two other incidents involving Ansley on Jan. 6 and Wednesday afternoon.

''Based upon [the information] we have gotten so far,'' Newbill said, after Ansley's van was stopped in the parking lot, she was boxed in by a truck and police cars, ''so why did she end up dead?''

Also, Newbill questioned, ''Why did only one officer shoot?''

Stevens said the fact she was trying to run over police with her van refutes the opinion that she was unarmed. She was armed ''with a 4,000-pound weapon,'' he said.

''Officer Shirley acted properly,'' Stevens said. ''He was in fear for his life. This shooting is a tragedy. . . . But this officer has an obligation to his family to protect himself.''

Newbill said the officers could have shot out the van's tires to stop Ansley. But Stevens said that would not have stopped her from driving into the officers.

Newbill and Jacksonville NAACP President Fred Matthews, who also met with the ministers before the news conference, said they are not reacting to the shooting solely because Shirley is white and Ansley was black.

''But we're taking a special interest in this because a black life has been taken,'' said Newbill, whose organization represents predominantly black churches.

The ministers conference is scheduled to meet again on the issue tomorrow.

The city's first witness, patrolman Bart Brownfield, said he spotted Ansley driving erratically and passing vehicles on Myrtle Avenue the afternoon of her death. He told jurors when he turned around, she had already pulled over and told him she had to get to Southpoint to warn someone about a coming hurricane.

Realizing there was no hurricane, Brownfield said he called the stop in to dispatch as a Signal 27 -- mentally ill person.

"I just thought that it was odd that she was talking about a hurricane coming," Brownfield testified. He said he questioned Ansley further and determined that she was not a threat to herself or others, the standard for detaining a mentally ill person against their will under Florida's Baker Act.

He then took her keys and driver's license and gave them to a man, in a nearby store, who identified himself as Ansley's brother. The man told Brownfield his sister had a nervous condition.

On cross examination, Brownfield testified that police had operational orders in 1998 explaining how to handle a mentally ill person.

"As far as what kind of training we had with that, I don't know," the officer testified.

Jurors also heard from several workers from a nearby office building. Charlotte Moore said she watched the shooting from her office window. She said Officer Terry Shirley was about 2 feet away when he drew his gun, pointed it at Ansley's window for about 10 seconds, then fired the fatal shots.