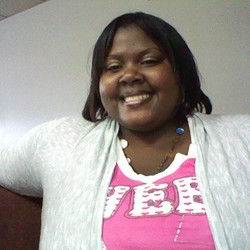 On March 15, Shereese Francis had a fight with her mother and became increasingly emotionally distraught. Francis, 30, lived at home in Queens, wasn’t taking the medication prescribed for her schizophrenia. Her sister called 911, hoping to get Shereese to a hospital.Before an ambulance arrived, four police officers responded to the call, arriving at 10:20. They chased Francis through the house, ultimately cornering her in a basement bedroom, forcing her face-down on the bed and applying pressure while they cuffed her.Within 20 minutes of police arriving, Francis had stopped breathing. A few hours later she was taken to Jamaica Hospital, where she was pronounced dead.

The Francis family says the police officers did exactly what you shouldn’t do with an agitated and emotionally disturbed person: they escalated the situation. In an affidavit, Shereese’s sister said she saw all four officers pushing down on Shereese, and one of them apparently repeatedly punching her.