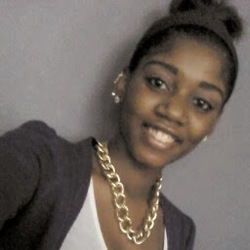 Sheneque Proctor, the mother of an infant boy, died in a holding cell at Bessemer city jail on 2 November. She had been arrested the previous afternoon for alleged disorderly conduct and resisting arrest outside a private party she was attending with friends.

On 1 November she went to a party at an Economy Inn in Bessemer, to which police were called following a reported disturbance. In a phone conversation with her mother after her arrest, Proctor said that she had been roughly handled by three police officers who slammed her against a police car, handcuffed her and then threw her into the back seat of the vehicle.

“Mama, come and get me,” Scherita Proctor recalls her daughter saying to her.

Arriving at the jail, Proctor was pepper-sprayed by officers after “slipping out” of her handcuffs at least twice, according to official documents. This official narrative states that she was booked into the jail at 2.39pm on 1 November, then decontaminated from the pepper spray before being put into the holding cell where she remained overnight, kept under observation approximately every half-hour with the last observation taking place at 3.37am. During the night she was heard “snoring loudly” in the cell. At 4am an officer brought a breakfast tray for her but found her unresponsive on the bed. Paramedics were called and after an attempt at resuscitation she was pronounced dead at 4.40am.

A postmortem was conducted on the day of her death. The autopsy report noted that “clear froth was observed coming from her mouth”; it also recorded that she had a history of asthma. Toxicology tests on her blood recorded the presence of the heroin substitute methadone, cocaine and the anxiety-inhibiting drug Alprazolam. Though no alcohol was found, trace elements of a metabolite suggested she had earlier been drinking.

A petition has been launched on change.org that calls for a federal investigation into sheneque's death.