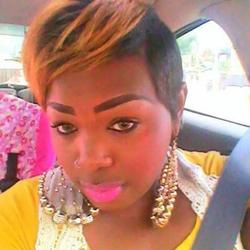 27-year-old mother of two, Shelly Frey, was fatally shot by an off-duty sheriff's deputy after he suspected her of shoplifting at a Houston Walmart.

Harris County Sheriff's deputies have said that victim Shelly Frey, Tisa Andrews and Yolanda Craig  were stealing when they were confronted by Louis Campbell, a 26-year veteran of the force who works as a security guard at the store.

According to Campbell the women ran to their car and when he rushed to open the door, they accelerated away - at which point he fired the deadly shot into the car which hit Frey in the neck.