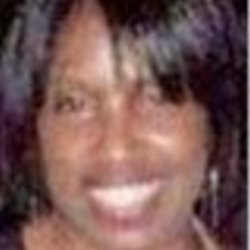 Hambie, then 25 and a three-year DeKalb officer, was on her lunch break on Feb. 19, 2011, when the police cruiser she was driving slammed into a white Nissan Altima carrying Amos, 56, and Burton, 51, at the intersection of Covington Highway and Kensington Road in Decatur.

The women, who lived in Decatur and Stone Mountain respectively, had been best friends of 20 years. They had just left an Avondale Estates thrift store where they had been shopping. They died in the mangled wreckage at the scene.

Hambie was on duty at the time of the accident, but her Sept. 29, 2011, indictment said that she was not on an emergency call and did not have her blue lights on when she slammed into the women’s car.

Attorney Robert Bozeman, who represented the families in a lawsuit against DeKalb County, said the plea deal was “the end of a long and tragic ordeal.”

“The families just wanted someone to be held responsible,” he said Thursday. “They didn’t want her to get away just because she was a police officer.”

He said two women died and one woman is leaving her children to go to prison.

“There are no winners here,” he said.