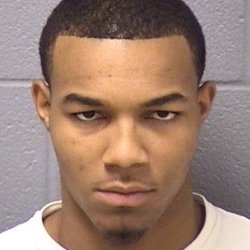 A Joliet police officer fatally shot Shaquille Barrow, 20, after the suspect pulled a gun on him, police said. Joliet police were investigating a report of theft in the 100-block of Mississippi Avenue in the southwest suburb Monday afternoon. The victim, who was on the phone with police, was able to provide a description of what the suspects were wearing and the direction where they were headed.