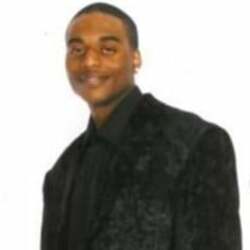 Wright was carrying an assault rifle over his shoulder when he was confronted by police as he was walking in the 200 block of South Platte River Drive Sunday at about 3:08 p.m., Division Chief Joe Montoya said Wednesday during a news conference.

Officers responded after an employee at a liquor store in the 1300 block of Alameda Avenue called police a man who was armed with a long gun and stole items from the store, Montoya said. The caller said the man entered the store with the gun slung over his back and requested items.

“The party then left the store without paying for the items,” Montoya said.

The call came in at 3:05 p.m. and officers were dispatched at 3:07 p.m., Montoya said. The officers spotted Wright walking north on South Platte River Drive and told him to put his hands up. He ignored the officers and kept walking, with the gun slung on his back, Montoya said.

The officers moved their car up further, and Wright turned toward them, Montoya said. He then pulled the rifle from his back and “into a position with the muzzle facing the officers.”

He said officers are investigating whether Wright legally possessed the gun, which he said was loaded.