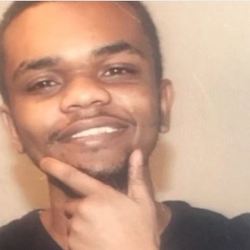 Rockdale County (GA) Sheriff Eric Levett was among those in the room Monday at the headquarters of the Georgia Bureau of Investigation in DeKalb County. GBI spokeswoman Nelly Miles says "the sheriff was invited because we were having a meeting and it's a case that the sheriff requested that we investigate."

The case is that of Shali Tilson. His family was also in that GBI room. Tilson was the 22 year old black man, who Rockdale County authorities say, was found dead in their jail. His family had last saw him alive about 10 days earlier.  Tynesha Tilson, Shali's mother, says while they were in that room Monday, Sheriff Levett "offered his condolences, but no apology."

After the meeting, family attorney Mawuli Davis started the process of filing a complaint with the Conyers Police Department of Internal Affairs. "Based on the information we received today from the GBI, we're concerned that the officers who arrested Mr. Tilson, should not have transported him to the Rockdale County jail, but should have instead, transported him to either a mental health facility or a hospital of some sort for him to be properly evaluated." Davis says they'd like for Internal Affairs to conduct an investigation and determine whether or not the policy and procedures, when it comes to arresting a suspect with a possible mental health crisis were actually followed.

The police report indicates that Tilson had been arrested on March 2, for disorderly conduct, a misdemeanor. There was also an obstruction charge. The report also indicates that Tilson was being "erractic". The challenge for Tilson's family? Davis says, if he was erractic, he needed to be evaluated. Davis calls it yet another example of the criminalization of the mental health crises and "issues that I don't think we can afford, but we see so often in the African American community."