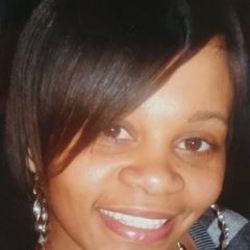 Shalala Sharelle Fletcher was a mother of three who was gunned down outside a Port Arthur, Texas convenience store on a Saturday morning by a security guard responding to a robbery threat.

A month after the July 2, 2016 shooting, new information began to trickle out about the fatal shooting of the 36-year-old in the small Texas city.

Autopsy results released in August 2016 show that Fletcher had drugs in her system, including cocaine and THC, the active substance in marijuana, according to KFDM. The autopsy also listed the cause of death as homicide.

Te autopsy said that Fletcher was shot in the back, a finding that outraged the community, including religious leaders, who held news conference on the case. The autopsy reportedly said that a single bullet passed through Fletcher's aorta, ribs and lungs.

Fletcher's fatal ordeal began when she was a passenger in a vehicle that came under scrutiny after two men ran out of the convenience store after purportedly stealing some beer. An off-duty security guard who happened to stop at the store for an unrelated reason, saw the two men and opened fire on the car, killing Fletcher.

The case has drawn the interest of civil rights advocates and activists after no charges were filed against the security guard.

An off-duty security guard, Michael Ray Turner, 67, of Port Arthur, was indicted August 31, 2016 by a Jefferson County grand jury on a charge of criminally negligent homicide in the death of a Beaumont woman after he shot at a car driven by a man who had allegedly stolen beer.

Michael Ray Turner, 67, of Port Arthur, was arrested on the charge and is in the Jefferson County Jail.