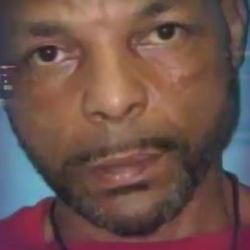 Multiple local civil rights groups say the shooting of 57-year-old Selwyn Hall was not justified and now they're demanding the arrest of the JSO officer who took his life.

Hall was shot and killed early Thursday morning after police were called three separate times to a home on East 19th Street by his wife who said he was physically abusing her, according to police.

Hall’s wife says she’s still very upset about incident. The groups argue that Hall was shot at point blank range and two officers could have used a different kind of force.

“We’re demanding the arrest of the officers that are involved in this case. There is no justification that his life has been taken,” Mikhail Muhaamad with new Black Panther Party.

Officers were called to the home three times Wednesday night for a physical domestic disturbance, according to the Jacksonville Sheriff’s Office.  During the third call Officer Ryan McGee, a 4-year veteran of the force, shot Hall multiple times after Hall gained control of the officer’s taser, police said. At least one of those shots killed him.

Civil rights groups like the Justice League United and the New Black Panther Party are demanding the officer be charged  -- sentiments also expressed by Selwyn's wife.

“I'm only taking one day at a time. I'm emotional, distress, I can't sleep. How would you feel?” said Hall’s wife Joann Dingle Hall. “I just needed them to take him away and not kill him and that is what they did.”

Bobby Worthy with Justice League United says the officer who fired even put the life of Joann Dingle Hall in danger and says more could have been done to prevent Selwyn Hall's death.

“It was even deadly for them to shoot that many times with her around another officer in this small of a space? You have two certified officers trained and they couldn't subdue a man that was drunk,” said Bobby Worth, President of Justice League United.

This deadly shooting was McGee's first use of deadly force. He was placed on administrative leave.