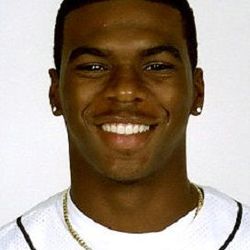 In one of the most tragic instances of police brutality in the past decade, a group of men were shot at over fifty times by a group of undercover and plainclothes police officers in Queens. One of the men, 23-year-old Sean Bell, was killed. Two of Bell's friends, Trent Benefield and Joseph Guzman, were severely wounded. Bell and his friends had been out celebrating at Jamaica strip club Club Kalua; the follow day, Bell was to be wed. An undercover police officer reportedly witnessed Bell get into an argument inside of the strip club, and someone allegedly yelled, "Yo, get my gun." Painclothes officer Gescard Isnora followed the men to their car fearing a confrontation, and Isnora says he identified himself as an officer, ordering Bell and friends to stop the vehicle, but Bell reportedly drove off, grazing Isnora's leg. As he pulled off, Bell's vehicle crashed into an unmarked police minivan. Isnora says he thought he saw Guzman reach for a gun, prompting him to yell, "Gun!," to other officers before they all opened fire. No gun was found.