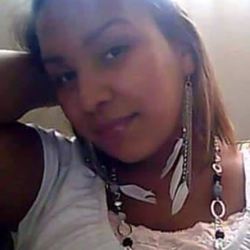 Circle Bear was jailed on a bond violation at the Brown County Jail in Aberdeen. On Sunday, July 6, she was found unresponsive in a holding cell. Witnesses said that when Circle Bear was transferred to the holding cell, she told guards that she was in excruciating pain. Jail personnel reportedly told her to “quit faking” and “knock it off” before lifting her partway off the floor and dragging her to the cell where she was later found unconscious.

Overrepresented in prisons and jails, Native Americans are beyond overrepresented in jail mortality rates. They are the dumped and “found”. Sarah Lee Circle Bear’s death is typical as is the excruciating pain and suffering she was forced to endure as she died in agony, screaming and begging for care.

Prisoners, and especially those in jails, die in agony, begging and screaming for care. From 2000 through 2012, close to 13,000 people died in local jails. The State lists “cause of death” but never includes the State among those. Sarah Lee Circle Bear died in agony, screaming and begging for help. Her fellow prisoners screamed as well.