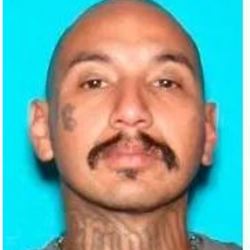 Police say 36-year-old Santos Anthony Villegas pointed a gun at them and tried to shoot before officers opened fire and killed him in San Bernardino Monday afternoon.

The incident began shortly before 3:30 p.m. when officers tried to stop Villegas near the intersection of 11th Street and G Street, the San Bernardino Police Department stated in a news release.

Villegas, who police said was involved in what they only described as an “earlier incident,” allegedly turned and produced a handgun when officers gave him commands to stop.

He then pointed the gun in the direction of one of the officers and pulled the trigger but the weapon did not fire, according to the news release.

Villegas ran from the scene and hid in a nearby yard as officers chased him on foot, police said.

When officers located Villegas, he again pointed a gun at the officers but this time police opened fire, the news release stated.

Villegas was pronounced dead at the scene.